Note: this is a personal post, reflecting on some of the big changes that took place in the EPM community since my last blog post back in 2013. Going forward I will focus more on the technology and functional side as it relates to EPM processes. Please be aware that my original blog domain, EPMStream on the Blogger platform, which had been established in 2011 has been retired.

The Times They Are A Changin’

After taking a more than 4 year break from blogging about EPM topics at epmstream.blogspot.com, I’m finally back to sharing thoughts, ideas and (hopefully) insight. Wow, quite a bit has changed in the EPM world during my absence from writing, the biggest change was probably the adoption of the EPM Cloud – who would have thought that it would turn out like this?! ODI had been around for a while back then, but everyone was still using FDM (Classic) and/or ERP Integrator because FDMEE had not even been released back then!

I think I had been at this point many times throughout my career: I love consulting but I hate the travel (most of the time at least). Back in 2013 I had just been traveling for a while once again and it came to the point where the consulting lifestyle just didn’t mesh as well with my personal life anymore. During this time of struggle when I was about to “close a door”, another one unexpectedly opened for me and all of a sudden it wasn’t a choice between consulting OR spending more time at home, but instead it was a choice for consulting AS WELL as spending more time at home. Leaving my friends at MindStream Analytics had been a hard decision, but it was the best thing I could have done – and especially my kids were really excited that I was able to spend a whole lot more time with them on a daily basis – and not just on the weekends!

Taking a Temporary Break from Hyperion

So, what was behind the door that had opened for me and brought so much quality of life? Interestingly, my primary focus back in 2013 was away from Hyperion and working with OneStream instead. I’ve had a fantastic opportunity to support the great team over in Rochester, MI, working along with their very first customer and got to experience the early stages of this CPM platform which was more than impressive. This was OneStream XF’s version 2.5 – a lot has happened since and if you haven’t taken a look yet, make sure you do so! Another 4-5 years from now for OneStream – well, CEO Tom Shea always said: “The sky is the limit” and from everything I’ve seen back then and what I’m hearing now, that’s very close to the truth. These next several years my goal is to contribute more in writing again – and I’m sure there will be plenty about OneStream as well.

Back to the California Sun

After this project ended, unfortunately I lost touch with the OneStream team since I decided to leave Ann Arbor, MI, and move back to California – this time the Sacramento area. While I was contemplating to move out there (and to escape the brutal winter that year in MI), another great opportunity came along which could not have been a bigger coincidence: the State of California was implementing Oracle’s Public Sector Planning & Budgeting (PSPB) and needed someone to design and implement their integration processes between Peoplesoft, a Planning BSO cube, a corresponding ASO cube as well as a process to Writeback the journals to the Commitment Control ledgers in Peoplesoft. Considering the scope of the project, implementing both a new ERP system as well as an EPM system, this has been the largest project I’ve been involved in to date.

During this time, I’ve also started my 4th project at Salesforce.com, right downtown in the Financial District of San Francisco. The Hyperion Optimization project required a redesign of several existing Hyperion Planning applications, streamlined the data transfer processes between them as well as an outbound integration to a cutting-edge technology framework called Wave which turned out to be a fundamental component of the Salesforce’s new Lightning Experience. This was great learning opportunity as I spent many hours discussing, arguing and “solution-ing” with my colleague and friend Dmitry Kryuk and the brilliant team over at Salesforce. (In fact while I’m writing this we are all working together on a project to Capitalize Sales Commissions based on the new AS 340 which is going to be enforced soon.)

Besides my main focus during this time being on Oracle Data Integrator (ODI), I’ve also had the chance to get first hand exposure of two tools that had just been released:

A successful Consulting business completely depends on the strength of their consultants. Training and nurturing skills in others is a crucial part in building a better practice. During one summer I had the pleasure of working with an exceptionally bright Junior Consultant who helped me build and improve some of the software applications that I had built over the years. This individual has added a tremendous amount of value to these applications and he seemed like a perfect candidate for starting a career as an EPM consultant, however, he decided to not join me full-time, but to try out something else. In retrospective, this turned out to be a very strategically relevant decision since the skill set that he built at his future employer turned out to be very valuable, considering a new endeavor that he and I had started recently.

FinTech Innovations is finally coming back to its roots: to innovate Finance Technology by developing solutions that improve efficiencies and allow for more effective implementations. This has always been the goal for the team at FinTech Innovations and we believe that we have delivered great solutions for our customers. Of course we also want to take things a few steps further. Stay tuned to learn more about our next steps on this blog in the near future as we have recently been working on creating an application which will be very helpful when it comes to troubleshooting data processing errors in FDMEE. So, that’s it for now, we will be in touch! 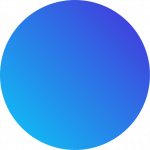 Get Community Edition
This site uses cookies to store information on your computer. Some are essential to make our site work; others help us improve the user experience. By using the site, you consent to the placement of these cookies. Read our Privacy Statement to learn more. Read moreX AGREE & DISMISS